Bank of Kathmandu expands with new branch at Damak of Jhapa; bank now focusing on rapid business growth with 97 branches already in service – |

Bank of Kathmandu has brought into operation its new branch at Damak Nagarpalika-5 Damak of Jhapa on Falgun 22, 2078. 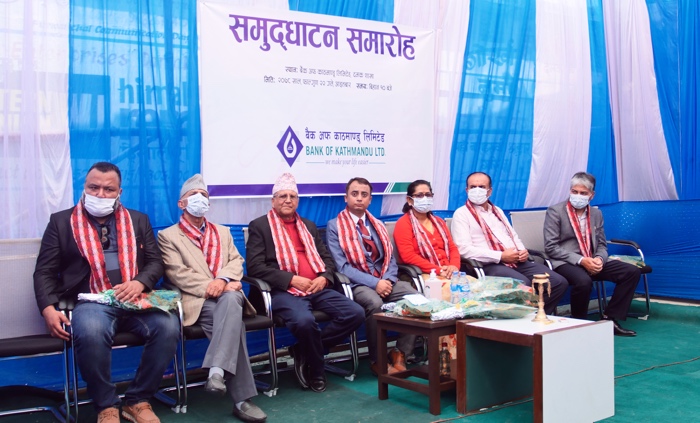 The latest facility was jointly inaugurated by Damak mayor Mr. Romnath Oli and director of the bank Mr. Govinda Prasad Sharma amid a program, as per the media statement.

The bank currently provides its service from its 97 branches, 87 ATM outlets, and 10 extension counters under its network.

Geard thet it is being merged with big bank. For how many…

The Confederation of Banks and Financial Institutions Nepal (CBFIN), the governing body…