Mr. Rajesh Upadhaya, who was unanimously elected as chairman of Mahalaxmi Bikas Bank from the 418th board meet of the bank held on Falgun 13, 2078 following the election of 20th AGM has received his oath of secrecy and designation from DY. Governor of Nepal Rastra Bank Ms. Neelum Dhungana Timsina. 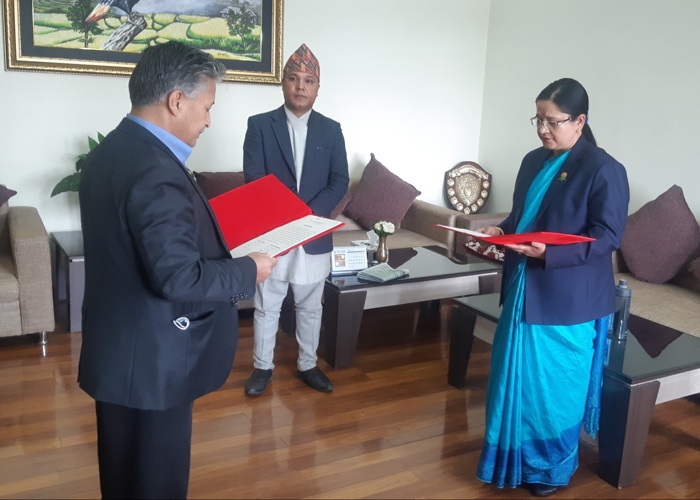