Lumbini Bikas Bank has organized an event to wish well to Kami Rita Sherpa who is planning to scale Mt. Everest for the record 26th time. 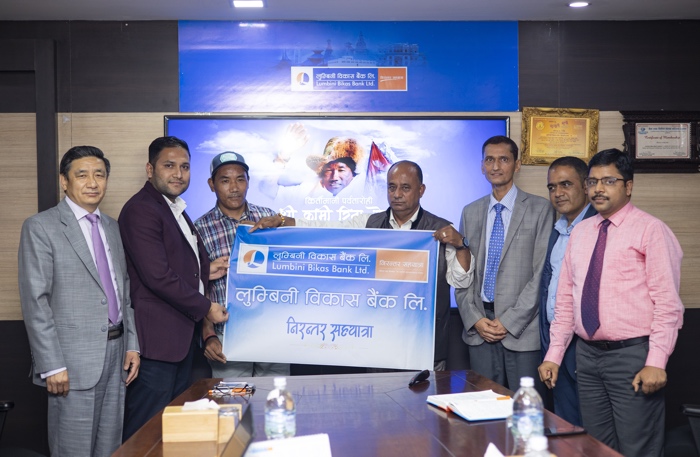 The bank has decided to collaborate with Everesteer Mr. Sherpa where chairman of the bank Mr. Dasarath Risal has handed over the flag containing bank’s logo which will be hoisted on the top of the world, as per the media statement.

The bank currently has 79 branches in its network in all seven provinces of the nation.